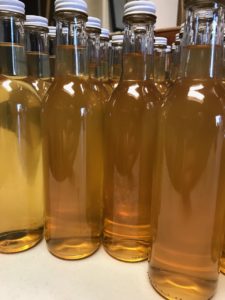 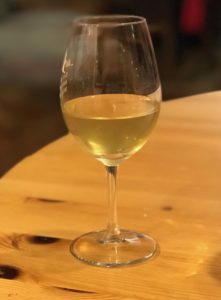 My wit and wisdom about winemaking are featured in a new book (along with my Grapefruit wine recipe): 101 Recipes for Making Wild Wines at Home: A Step-by-Step Guide to Using Herbs, Fruits, and Flowers

It’s been a while since I’ve posted anything, but much has been happening in the Bad Astronaut Wine world, so I think it’s about time I got back to it and filled you all in!

First of all, the 2008 Wines are incredible! We bottled the Zin a little while back, and I’m having to hide it from myself so that I don’t drink it all before it reaches it’s peak.

If you participated in the bottling, and/or if you have some of the wine, I would say that it’s just about now fully over the bottle shock and is tasting really good. I’m really looking forward to how it will taste next year!

Pretty soon, we’ll be bottling the 08 Merlot, the 08 Petit Sirah, some 09 Charonnay, and perhaps a couple other surprises!

Here’s the merlot status so far:

I drove to northern Sonoma county (Kenwood) Monday morning to get the grapes. I got to downtown Sonoma at about 6:00, had some coffee there, and then drove up highway 12 for another 20 minutes or so to the vineyard.

Morrison Vineyard is the most beautiful place in the world. Ian Morrison, the owner of the vineyard, grows only Merlot, and he does it very well. He’s also a very nice man.

After chatting with Ian for a while, I walked the vineyard. The grapes were ripe and delicious. The yield per vine was definitely much lower towards the top of the hill, and I think I preferred the taste of the grapes at the bottom of the hill.

The picking crew started picking at about 8:00, and I had my grapes loaded into the truck by 9:00. I drove back to Sacramento, and arrived back at the winery at around 11.

After crush (thanks Priscila, Sam, Jim, Zach, and Dave for your help!) I added enzymes and potassium metabisulphite.

Tuesday, I threw 20lbs of dry ice on the grapes.

Wednesday night, the must temperature was 50 degrees. I added superfood, followed by yeast, and 800g of tartaric acid. My goal is to get the pH down to about 3.4.

Thursday, I added 2 lbs of untoasted oak chips (in a nylon straining bag).

Friday morning, fermentation was underway, but slow. I added my phase 2 superfood and DAP addition.

Everything’s looking great, and I’m very excited about this wine.

The Zin is perfect. We’ve had a nice hot (but not too hot fermentation) and it’s pretty much dry now. pH is around 3.36, I’ll be adding ML today, and we’ll be pressing tomorrow.

Red wine pH should be between 3.4 and 3.6. TA should be around 7 g/L. Malolactic Fermentation (which converts malic acid into lactic and makes red wines smoother and more awesome) has the following effects on acidity (according to this site: http://brsquared.org/wine/Articles/MLF/MLF.htm):

So, our wine currently has the following stats:

After ML, it could potentially have the following stats:

After some more reading, it sounds like what we’ve got is a higher concentration of Malic (a weaker acid) than of Tartaric (a stronger acid). This explains why the pH (which measures the effect or strength of the acid in the wine) is high (less acid strength) and the TA is high (more acid).

So, if I adjust with Tartaric acid, I think it will decrease the pH and increase the TA, but the Malolactic fermentation will have a larger effect because we have a relatively high concentration of Malic.

If you’re a chemist, please let me know if I’m on the right track here!

If you’re not familiar with TA and pH, here’s some reading.